How to Create Cardano Smart Contracts? 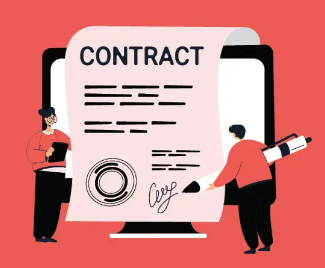 Ever since the updation of the Cardano (ADA) network in September 2021, the blockchain platform has received the capability of creating smart contracts. The upgrade known as Cardano Alonzo has brought Cardano one step closer to truly becoming the “Ethereum Killer.”

Cardano blockchain, right from its launch in 2017, has been touted as the “Ethereum Killer” on the back of the premise that it improves the Ethereum infrastructure – with improvements like lesser fees, higher scalability, and better transaction speed and throughput. Now, by launching its own smart contract capability, Cardano has come in direct competition with Ethereum.

Before we get down to what the Cardano smart contracts consist of and how to build one, let us compare it with the platform enterprises have traditionally used to create and deploy smart contracts – Ethereum.

Lessons that Cardano blockchain has learned from Ethereum

The foundation of Cardano use cases is that it aims to be better than Ethereum. Now, in order to be that, it was important for the former to adopt some of the strong points that the latter comes with.

Cardano blockchain uses a proof-of-stake consensus mechanism known as Ouroboros that decides how the new transactions will be agreed upon and added to the blockchain services. Here, the users don’t mine tokens; they follow a block-validation process by staking the native token – something that makes blockchain more energy efficient, cost-effective, and scalable.

Compared to other blockchain platforms, Cardano uses a scientific peer-reviewed process before releasing any new update, product, or service. This gives the developers confidence that when they create smart contracts on Cardano, they will be backed by documentation and industry-wide validation from other computer scientists and developers.

What are Cardano smart contracts?

The benefits of Cardano blockchain, which also reason out how to create smart contracts, range from:

Now to build these highly efficient smart contracts, there are three Cardano programming languages that come into play –

Plutus – It is a purpose-driven smart contract development platform. It is powered by modern language research that provides a full-stack programming environment on the basis of Haskell, a leading functional language. Plutus comprises elements that run on the blockchain and some elements which run on the user’s machine.

Marlowe – It is a domain-specific language used to create smart contracts visually and through traditional codes. The Marlowe language has been designed to be embedded in both Haskell and JavaScript, offering the editors a choice in preference and skillset.

Glow – It is a new domain-specific language for creating decentralized applications on the blockchain. With the language, the developers can code secure dApps ensuring that the smart contracts operate safely in the adversarial environment.

Please log in to like, share and comment!
Search
Sponsored
Categories
Read More
Business
Intelligent Personal Assistant Market Analysis, Regional Outlook, Business Landscape and Future Prospects 2027 | Impact of COVID-19
Intelligent Personal Assistant Market Research Report- Forecast till 2023 Market Highlights The...
By Denver Denver 2021-11-15 10:42:00 0 67
Networking
Embedded Hypervisor Software Market Scope, Future Prospects And Competitive Analysis 2022 to 2030
The global embedded hypervisor technology market is expected to grow at USD 4.49...
By Animesh Rao 2022-05-04 06:44:45 0 56
Other
What kind of automotive mould is the best
In order to maintain the processing accuracy of Automotive mold under injection...
By Mold Shine 2021-06-17 07:38:17 0 135
Other
How to log in to TD Ameritrade as an Advisor Client?
For TD Ameritrade AdvisorClient login, you can use the instructional guidelines that are listed...
By Refosaj Fada 2021-09-15 06:52:12 0 66
Health
Surgical Snare Market Top Leading Players with Strategies and Forecast 2027
Market Highlights The global surgical snare market is expected to grow at an approximate CAGR of...
By Shweta Sarnaik 2022-03-04 06:27:49 0 50