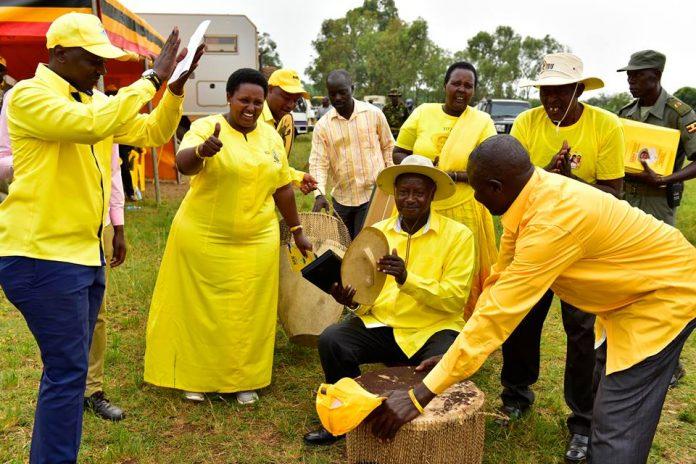 The debate on the proposed amendment of the constitution to remove the age limit has gathered a lot of momentum. Yet the NRM which began it still lacks a sense of purpose and direction. It has no credible explanation why this amendment is necessary.

The issue in this debate is not really the amendment of the constitution to allow people above 75 years to run for president. Few Ugandans would refuse Kizza Besigye, Amanya Mushega, Amama Mbabazi, Edward Sekandi or Ruhakana Rugunda running for president at 75. The issue is the continued stay of President Yoweri Museveni in power.

1
Please log in to like, share and comment!
Search
Sponsored
Categories
Read More
Business
Power Tool Battery Market Trends - Dynamic Growth & Industry Forecast to 2027
Market Highlights Global Power Tool Battery Market share at a CAGR of 8.52% during the forecast...
By Mayur Yewale 2021-07-15 04:25:54 0 95
Literature
Salesforce | Identity-and-Access-Management-designer PDF Questions 2022
Get The Salesforce Identity-and-Access-Management-designer Exam in First Attempt real...
By Cristina Jhones 2022-03-21 06:43:04 0 20
Other
Cricut Design Space – Download & Install Cricut Setup
To use your Cricut Explore Air 2 or Cricut Maker machine, you will need to create a free account...
By Wilson Joy 2022-02-25 07:22:14 0 36
Other
Waterproof Deck Membrane NZ
If you have a plumber on your speed dial, you can easily call your man when unexpected...
By Complete Waterproofing 2021-08-28 09:14:48 0 57
Shopping
5 Great Top Reasons To Get A Self-Loading Concrete Mixer
Should you own a construction firm, you might be pondering on the guidelines on how to improve...
By Linxi Meng 2022-02-21 06:19:46 0 48