Huduma Namba; Here is everything you need to know about Kenyan’s attempt to consolidate its databases 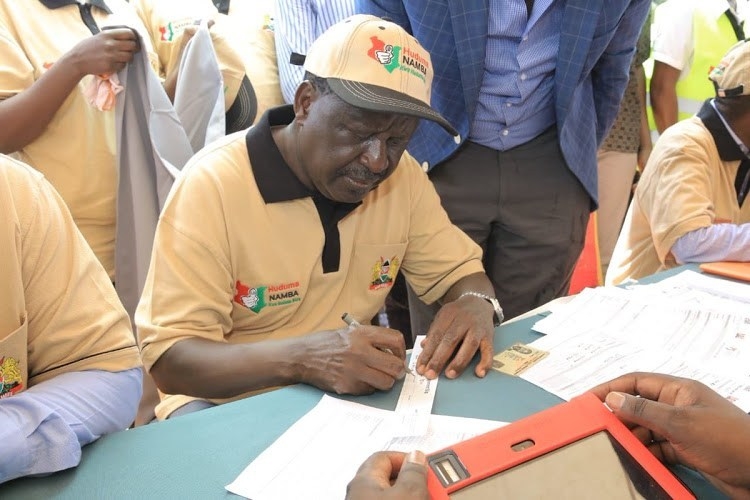 Kenyans are a divided people right now, mostly due to misinformation surrounding a new government innovation, the Huduma Namba. So really, what is this Huduma Namba and why are many people so against it?

Huduma Namba is conducted by the National Integrated Identity Management system (NIIMS) and involves collecting biometric data after which the systems generates a unique number (Huduma Namba) which will enable one to access government services. Such services include applying for a driving license, ID, birth certificate among others.

At the moment, Kenyans are required to carry several documents with them to help them access various services; national identity card, KRA personal identification number, driving licence, passport and many others.

All these documents are recorded in different databases so Huduma Namba consolidates the information to arrive at the ‘single source of truth’ regarding a Kenyan.

There is no new data the government is looking for. The only difference is that it is digital and biometric.

Huduma Namba is set to be a rather useful tool for the government for use in its planning of national social services, project infrastructure.

President Uhuru Kenyatta dispelled fears that DNA would be collected during #HudumaNamba registration. He stated that his Administration is only keen on having all Kenyans dully registered to facilitate better planning and utilization of resources for the benefit of all Kenyans. pic.twitter.com/Hx3eR73BjY

What will it cost me to register for Huduma Namba?

This is a free government service. The total cost of the exercise is between Sh5 billion and Sh6 billion.

The Huduma Namba will make the lives of Kenyans easy. Once we capture your information digitally, you will never again have to queue to submit new data, unless you choose to.

In the same way that your driver’s licence or national ID have the original photo taken as a teenager, so too shall the Huduma Namba.

Is Huduma Namba anchored in law?

Laws have been put in place to ensure no litigation hinders the rollout of this programme.

The Registration of Persons Act was amended in the National Assembly to include digital biometric and data capture.

A standalone Huduma Namba Bill is in Parliament and it includes permission to capture data as well as makes provisions for the protection of that information.

Single identification numbers have been used in the West to help governments plan; disburse benefits such as welfare, healthcare, housing and agriculture.

The government hopes Huduma Namba will play a similar role in channelling resources to the elderly, school children, the disabled, members of the proposed housing fund, small and medium enterprises and farmers.

It also hopes the number would aid in combating fraud. It could also help check the unwanted entry into the country by foreigners in the wake of terrorist threats and attacks.

At what point will it be issued and how will one update the card?

The registration is for Kenyans aged six and above. The countrywide mass registration begins on March 15 after data from the pilot is analysed, logistics sorted out and last minute teething problems dealt with.

The mass registration will run for 45 days.

After the registration, the gadgets will be left with the chiefs to continue registering births, deaths, marriages, and any other updates. There will be a process for the updates. 1
Please log in to like, share and comment!
Search
Sponsored
Categories
Read More
Other
SEO - The True & Tested Method For Business Growth
It can be difficult to stay updated with the most effective and relevant marketing methods in...
By Simplythebest Digital 2021-10-31 16:52:55 0 67
Health
Post-operative Nausea and Vomiting (PONV) Market to Receive Overwhelming Hike in Revenues by 2026
Transparency Market Research (TMR) has published a new report titled, “Post-operative...
By Pooja Mahajan 2022-03-22 17:25:35 0 41
Other
Web Development Services in the USA
At the world's top web development business, you may get both standard and custom web development...
By Freelancer Group 2021-08-28 07:24:54 0 79
Technology
How do I override my HP Envy 6000 printer's configuration?
The hp envy 6000 printer setup appears to be unavailable. how to get hp envy 6000 printers...
By Gooo Errors 2022-08-03 16:10:25 0 13
Technology
Open Sourced Vs. Commercial Subscription Plans
Both the open-sourced software like LibreOffice and OpenOffice are free for its users, and...
By Robert Cotte 2021-03-16 14:43:44 0 143