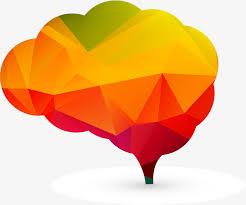 This paper evaluates Jet Blue, a successful airline that adopted a low-cost approach and differentiation strategy since its inception in 1998. All the sources chosen had a score of 40-45 on CRAAP assessment which indicates they are all appropriate. A winter storm that occurred on Valentine’s Day in 2007 caused the airline to incur massive losses, face negative publicity, and experience customer dissatisfaction. The impact of the storm was adverse since the air carrier had an ineffective risk management plan.

The winter storm caused numerous delays and canceled flights. Even though the other carriers also experienced delays, they canceled their flights early enough. Jet Blue did not cancel its flights since it had established itself as a firm focused on client satisfaction. However, due to the persistent bad weather, the airline had to cancel approximately 1900 flights that affected over 130,000 passengers (Efthimiou, 2010). Some of the passengers were trapped in airports for up to eleven hours. Since the incident happened on Valentine’s Day when many couples had special plans, the clients were very unsatisfied. Also, the firm incurred losses of $26 million due to customer refunds and $4 million due to workers’ overtime reimbursement (Efthimiou, 2010). Many media houses highlighted the cases of passengers that had been affected by the incident which resulted in negative publicity.

Since Jet Blue established itself as a firm focused on customer satisfaction, the company made a decision not to cancel its flights like the other airlines. The rationale for this move was to keep its customers happy and obtain extra revenue from increased operations (Dodds, 2011). Nevertheless, the inclement weather continued for some period causing many inconveniences to the customers. They reevaluated the commitment of the firm to enhance customer satisfaction after the incidence. Because of bad weather, over 11,000 pilots were misinformed about the location they were required to go (Efthimiou, 2010). To make the matter worse, there were no trained staff to locate the pilots and flight attendants. The clients could not obtain help from agents since the reservation system used by the airline was overwhelmed by the numerous requests from clients.

The risk management system adopted by Jet Blue was ineffective in addressing the disaster. The company had no defined procedures that would help in alleviating the impact of the disaster (Eid & Zaidi, 2010). A primary reason for the weak risk management plan was the low-cost approach which did not allow the firm to adopt an effective plan. The company made a wrong decision by not canceling the flights in time like the other airlines. As a result, the firm suffered huge losses by refunding money to clients. Nevertheless, the reimbursed customers were still unhappy with how the airline handled the situation. Furthermore, the media highlighted the situation at the company thus creating increased awareness. Consequently, the firm had to engage in public relations campaigns to reassure the clients that it took measures to prevent a similar situation in future (Ford, Paparoidamis, & Chumpitaz, 2014). By doing so, the company spent massive financial resources.

In conclusion, Jet Blue’s strategy of ensuring customer satisfaction prompted it not to cancel flights during the winter storm in 2007. However, the bad weather persisted for several days causing the firm to cancel numerous flights that inconvenienced many customers. The impact of the disaster was escalated since the airline did not have an adequate risk management plan due to the low-cost approach. The firm should use its profits to adopt a risk management plan that would reduce the impact of any disaster that occurs. The employees should also be trained on measures they should take once a catastrophe happens. This move will lessen the possible impact of disasters.

About the author: Daniel Davis is a master in Literature at California University. He is currently working as one of the best writers at the place where you can find online marketing plan He also studies male psychology.

Please log in to like, share and comment!
Search
Sponsored
Categories
Read More
Other
Pittsburgh Search Engine Optimization - Does Content Matter?
Pittsburgh seo -- will content material issue? Regardless of what area your own optimizing an...
By Nadim Mia 2022-03-29 05:23:45 0 33
Other
Castello Engineered Hardwood: A Pioneer Wood in the Furniture Industry
You are more likely than not to have a clue about this as of now. However, we'll move it at...
By Avinash Mittal 2021-05-31 03:46:20 0 131
Other
Use a metal wine holder to create a wall design, hang it in squares, circles
Each individual metal wine holder can be connected with the hook, or it can be used...
By Gerui Huangyan 2021-05-20 02:47:49 0 88
Other
Ethylene Carbonate Industry Outlines the Growth Factors and Current State of Market by 2030
Ethylene Carbonate Industry 2022-2030 The global ethylene carbonate market has planned to achieve...
By Robert Flynt 2022-02-23 09:29:18 0 39
Other
Ukraine Wind Power Market
A new report from Blackridge Research examines the drivers, restraints, and regional...
By Amulya Dvd 2021-11-19 17:43:26 0 35