How Neodymium Disc Magnet Are Magnetized And Demagnetized? 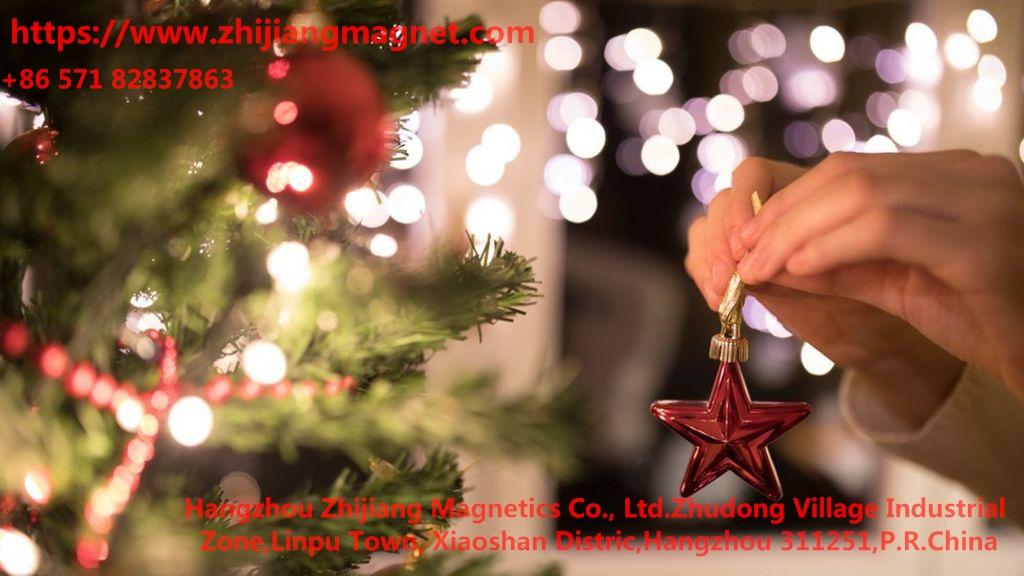 A Neodymium Disc Magnet has a magnetic field surrounding it. A magnet field can be envisioned to consist of lines of force that radiate from the north pole (N) to the south pole (S) and back to the north pole through the magnetic material.

A permanent magnet, such as the bar magnet has a magnetic field surrounding it that consists of lines of force, or flux lines. For clarity, only a few lines of force. Imagine, however, that many lines surround the magnet in three dimensions. The lines shrink to the smallest possible size and blend together, although they do not touch. This effectively forms a continuous magnetic field surrounding the magnetic.

Attraction and Repulsion of Magnetic Poles:

Ferromagnetic materials such as iron, nickel, and cobalt become magnetized when placed in the magnetic filed of a magnet. W have all seen a permanent magnet pick up things like paper clips, nails, and iron filings. In theses cases, the object becomes magnetized (that is, it actually becomes a magnet itself) under the influence of the permanent magnetic field and becomes attracted to the magnet. When removed from the magnetic field, the object tends to lose its magnetism.

Ferromagnetic materials have minute magnetic domains created within their atomic structure. These domains can be viewed as very small bar magnets with north and south poles. When the material is not exposed to an external magnetic field, the magnetic domains are randomly oriented. When a material is placed in a magnetic field, the domains align themselves. Thus, the object itself effectively becomes a magnet.

From the study of magnetic fields produced by bar magnets and moving charges, i.e., currents, it is possible to trace the origin of the magnetic properties of the material. It is observed that the field of a long bar magnet is like the filed produced by a long solenoid carrying current and the field of the short bar magnet resembles that of a single loop. This similarity between the fields produced by magnets and current urges an enquiring mind to think that all magnetic effects may be due to circulating currents (i.e., moving charges); a view first held by Ampere. The idea was not considered very favourably in Ampere’s time because the structure of atom was not known at that time. Taking into consideration, the internal structure of atom, discovered thereafter, the Ampere’s view appears to be basically correct.

The magnetism produced by electrons within an atom can arise from two motions. First, each each electron orbiting the nucleus behaves like an atomic sized loop of current that generates a small magnetic field; the situation is similar to the field created created by the current loop, each electron possesses a spin that also gives rise to a magnetic field. The net magnetic created by the electrons within an atom is due to the combined field created by their orbital and spin motions. Since there are a number of electrons in an atom, there current of spins may be so oriented of aligned as to cancel the magnetic effects mutually or strengthen the effects of each other.An atom in which there is a resultant magnetic filed, behaves like a tiny magnet and is called magnetic dipole. The magnetic fields of the atoms are responsible for the magnetic behaviour of the substance made up of these atoms. Magnetism is, therefore, due to the spin and orbital motion of the electrons surrounding the nucleus and is thus a property of all substance. It may be mentioned that the charged nucleus itself spins giving rise to a magnetic filed. However, it is much weaker than that of the orbital electrons. Thus the source of magnetism of an atom is the electrons. Accepting this view of magnetism it is conclude that it is impossible to obtain an isolated north pole. The north-pole is merely one side of a current loop. The other side will always e present as a south pole and these cannot be separated. This is an experimental reality.

Two cases arise which have to be distinguished. In the first case, the orbits and the spin axes of the electrons in an atom are so oriented that their fields support each other and the atom behaves like a tiny magnet. Substance which such atoms are called para-magnetic substances. In second type of atoms there is no resultant field as the magnetic fields produced by both orbital and spin motions of the electrons might added up to zero. These are called diamagnetic substances, for example the atoms of water, copper, bismuth and antimony.

However, there are some solid substances e.g., Fe, Co, Ni, Chromium dioxide, and Alnico (an iron aluminium – nickel – cobalt alloy) in which the atoms co-operate with each other in such a way so as to exhibit a strong magnetic effect. They are called ferromagnetic substances. Ferromagnetic materials are of great interest for electrical engineers. Recent studies of ferromagnetism have shown that there exists in ferromagnetic substance small regions called ‘domains’. The domains are of microscopic size of the order of millimeters or less but large enough to contain 1012 to 1016 atoms. With each domain the magnetic fields of all the spinning electrons are parallel to one another i.e., each domain is magnetized to saturation. Each domain behaves as a small magnet with its own north and south poles. In unmagnetised iron the domains are oriented in a disorderly fashion, so that the net magnetic effect of a sizeable specimen is zero, When the specimen is placed in an external magnetic field as that of a solenoid, the domains line up parallel of lines of external magnetic filed and the entire specimen becomes saturated. The combination of a solenoid and a specimen of iron inside it thus makes a powerful Sm2Co17 Magnet and it called an electromagnet.

Iron is a soft magnetic material. Its domains are easily oriented on applying as external field and also readily return to random positions when the field is removed. This is desirable in an electromagnet and also in transformers. Domains in steel, on the other hand, are not so easily oriented to order. They require very strong external fields, but ones oriented, retain the alignment. Thus steel makes a good and another such material is a special alloy Alnico V.

Please log in to like, share and comment!
Search
Sponsored
Categories
Read More
Finance
How to import messages and contacts from AOL to Gmail?
When you have two separate mailing accounts, it is nothing but bother until you realise that you...
By Steven Neesham 2021-11-01 06:17:36 0 47
Health
Promulgation Of Digitization to Drive The Pressure Guidewires Market
The Pressure Guidewires Market is expected to witness a staggering CAGR going forward. The gamut...
By Ashish Kolte 2022-02-03 05:31:42 0 63
Games
Rangee says in the FAQ document in the FAQ document
Another participant said that 2K22 MT the program was a success with "so many participants" that...
By Megaomgchen Megaomgchen 2021-10-06 03:37:34 0 66
Technology
Enterprise Governance, Risk, And Compliance Industry To Witness Renewed Growth Amid The Global COVID-19 Crisis
The study reveals that Enterprise Governance, Risk, And Compliance is trending in North America...
By Minakshi Jagtap 2021-09-02 07:05:41 0 68
Other
Third-Party Logistics Market Size 2020 Primary & Secondary Research, Segmentation, Trends and Forecast by 2027
The Third-Party Logistics Market Size is expected to witnessdecent growth during the forecast...
By Yogesh Bhokare 2021-06-28 07:13:48 0 104