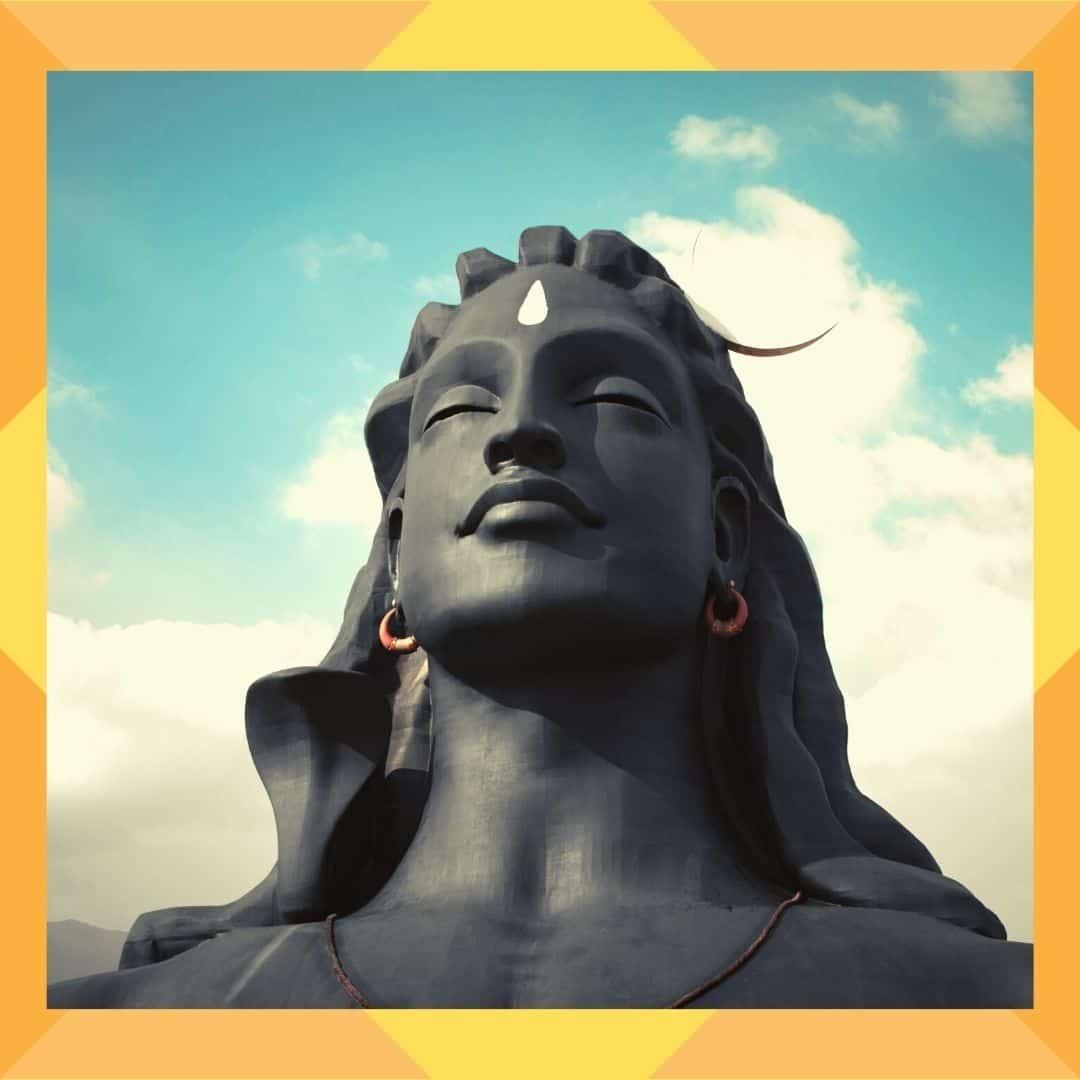 The Mahamrityunjaya Mantra , also called the Tryambakam Mantra, is a verse of the rigveda It is addressed to Tryambaka “the three-eyed one”, an epithet of Rudra, Lord Shiva The verse also recurs in the yajurveda

this most holy form of lord must mediate in dhyaan & can do japa of one and half lakh with rudraksha mala The Mahamritryunjaya Mantra was found by Rishi markandey It was a secret Mantra, and Rishi Markandey was the only one in the world who knew this Mantra. The moon chandrama was once in trouble, cursed by daksha Rishi Markandey gave the Mahamritryunjay Mantra to the kindest Mother Sati for moon, This is how the mantra came into common knowledge.

The great mantra dedicated to Shiva as Mrityunjaya is found in the Rig Veda. As well as in the Yajur Veda, It is called the Maha Mrityunjaya mantra, the Great Death-Conquering mantra. It is a mantra that has many names and forms. It is called the Rudra mantra, referring to the furious aspect of Shiva; the Tryambakam mantra, alluding to Shiva's three eyes; and it is also known as the Mrita-Sanjivini mantra because it is a component of the “life-restoring” practice given to the primordial sage Shukra after he had completed an exhausting period of austerity.

The Maha Mrityunjaya mantra is hailed by the sages as the heart of the Veda. Along with the Gayatri mantra, it holds the highest place among the many mantras used for contemplation and meditation.

The literal meaning of the Mantra is as follows: “We worship the three-eyed one (Lord Shiva) who is fragrant (in a state of supreme bliss), and who sustains all living beings. May He liberate us from the eternal cycle of birth and death. May He lead us to immortality, just as the cucumber is released from its bondage (the vine to which it is attached).

Lord Maha mrityunjaya is very beautuifull & most divines forms of lord shiva Mrityunjaya is another name for Lord Shiva, the great Yogi who is actually said to have existed and to have conquered death.

Shiva is also the Prateek or symbol of consciousness and has three aspects: Shanta roopa or ‘peaceful form’, Raudra Roopa or ‘fierce form’, and Dhyaanastha Roopa or ‘form engrossed in Meditation’.

The devata of the Mahamrityunjaya Mantra is Rudra or Raudra, who represents Lord Shiva in his fierce and destructive aspect. This Mantra was revealed to the great Rishi Vashishtha (who is said to have been born from a pitcher) while he was in a state of deep Meditation. It is to be found in Shree Rudra Prashnaha from the fifth chapter of the Taittiriya Upanishad, which belongs to the Yajur Veda.

It is also mentioned in many places in the Rig, Yajur and Sama Vedas. The Mantra itself is actually comprised from Mantras which are found in the three Vedas: The Rig Veda (7th Mandal, 59th chapter, 12th Mantra), the Yajur Veda (3rd chapter, 60th Mantra), and the Atharva Veda (14th Mandal, 1st chapter, 17th Mantra).

The Mahamrityunjaya Mantra is also to be found in the Ayurvedic scriptures. In the Prakriti Khanda of the Brahma Vaivarta Purana, it has been said that Lord Shri Krishna gave the knowledge of Mrityunjaya to the wife of Sage Angira.

In the Sati Khand of the Shiva Purana, Shukracharya (guru of the demons) himself has called it Mrita Sanjeevani Vidya (the knowledge which leads to eternal life). Shukracharya expounded it to Sage Dadhichi. The Maha Mrityunjaya Mantra is a life-giving Mantra.

This Mantra wards off deaths by snake-bites, lightening and accidents of all descriptions such as motor-accidents, fire-accidents, cycle-accidents, water-accidents, air-accidents. Besides, it has a great curative effect when chanted with sincerity, faith, and devotion by anybody or in any place where you wish to create a positive, protective and high energy environment.

This Mantra is also chanted during auspicious occasions such as initiation ceremonies, birthdays and Havans that will bestow on you health, long life, peace, prosperity, and Moksha.

Please log in to like, share and comment!
Search
Sponsored
Categories
Read More
Other
Cutting Pipe and Perforating Pipe Drilling Tools Market 2022 Sales, Revenue, Price and Gross Margin - 2030
Market Synopsis Cutting pipes and perforating pipe drilling tools market are used in the oil...
By Steve Rey 2022-03-23 04:50:05 0 60
Health
Needle-Free Diabetes Care Market Growth Drivers, Trends & Demands - Global Forecast to 2027
Diabetic people are often incapacitated by extremely high or low levels of sugar, where they must...
By Priya Raut 2022-03-10 11:24:52 0 33
Games
Let Do That Hockey: conversing Blue Jackets-Hawks and added with The Cannon Elaine Shircliff
(Editor notice: This is the minute installment of what likely in the direction of be a monthly...
By Tiant Ghdsgh 2021-08-16 09:24:33 0 73
Other
Spindle Shaft's New Technology
The spindle shaft refers to the shaft that receives power from the engine or electric motor and...
By Shi Tai 2021-04-23 08:44:03 0 119
Health
Antibiotics Market Recent Opportunities, Growth Size, Regional Analysis and Forecasts to 2027
Market Highlights According to MRFR analysis, Antibiotics Market is expected to...
By Prisha Mehta 2022-04-27 10:04:58 0 9