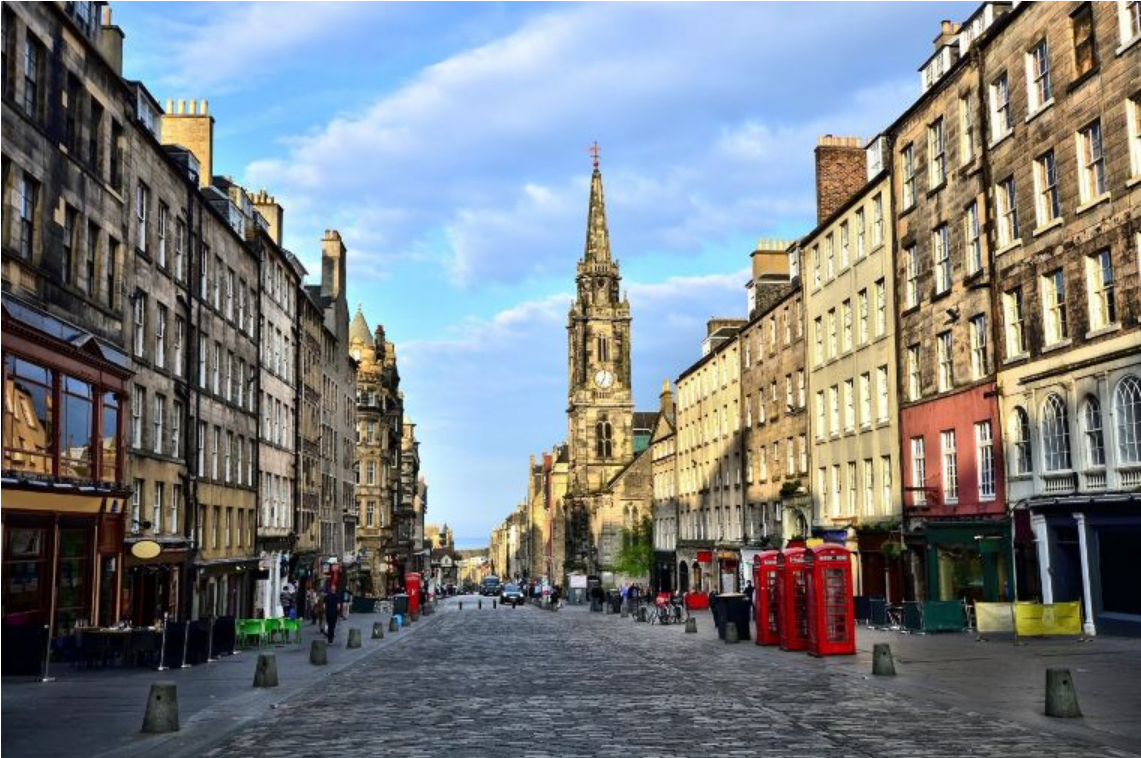 Edinburgh is also known as "Auld Reekie",which means “Old Smokey” in Scots. Because all the smog and chimneys from the city's past will create smog over the city. It is located in Lothian on the southern shore of the Firth of Forth. It is the capital city of Scotland. It is the second-largest financial centre in the United Kingdom, and the city's historical and cultural attractions have made it the UK's second-most visited tourist destination .

The weather in Edinburgh is normally rainy and windy, but far from being an inconvenience, the bitter weather gives the city an extra charm, creating a mysterious and sombre atmosphere.

The best time to visit Edinburgh is June through August when the average high temperatures rise to a balmy 65 degrees Fahrenheit. But this is also the city's busiest time for tourism. Spring and early fall are the sweet spots – relatively mild weather and thin crowds pair.

Edinburgh has a wealth of top attractions to satisfy all tastes, such as, Edinburgh Castle,Edinburgh Zoo,Blaie Street Underground Vaults - Mercat Tours and National Galleries of Scotland,etc.

It is a succession of streets forming the main thoroughfare of the Old Town of the city of Edinburgh in Scotland. The Royal Mile runs between two significant locations in the royal history of Scotland: Edinburgh Castle and Holyrood Palace. The total length of the streets between the Castle and the Palace is almost exactly a Scots mile (1.81 km), hence the name. It is the busiest tourist street in the Old Town, rivalled only by Princes Street in the New Town.

It is a hill in central Edinburgh, Scotland, situated beyond the east end of Princes Street and included in the city's UNESCO World Heritage Site. Views of, and from, the hill are often used in photographs and paintings of the city. Calton Hill is the headquarters of the Scottish Government, is also the location of several monuments and buildings: the National Monument,the Nelson Monument,the Dugald Stewart Monument, the old Royal High School, the Robert Burns Monument, the Political Martyrs' Monument and the City Observatory. The Scottish Parliament Building and other prominent buildings such as Holyrood Palace lie near the foot of the hill.

Edinburgh Castle stands tall at the center of the city atop an extinct volcano. The castle on top of the cliffs is imposingly magnificent. A witness to Scotland's long history, it has served as a royal residence, a military fortress and even a prison. In later eras, the king began to renovate the castle into a residential palace. Currently, the oldest extant part of the building is a small chapel which was built in the 11th century. It can be said that Edinburgh Castle is at the core of Scottish national history. On display in the castle you can see the Scottish crown jewels and the famous Stone of Destiny. Historically, Scottish royalty sat on it during their coronation ceremony.